Custom visuals have become a key part of Power BI allowing users to tap into hundreds of different visualizations. It is hard to believe that a little over two years ago we announced the availability of the first batch of custom visuals in Power BI Desktop and the Power BI Service. But custom visuals go far beyond the world of Power BI users. Today, as part of Build, we announced that Power BI Custom Visuals will be rolling out in Preview to Office 365 subscribers enrolled in the Office Insiders program soon, extending Excel charting capabilities and more than doubling the data visualization options for the most widely used data analytics tool in the world. 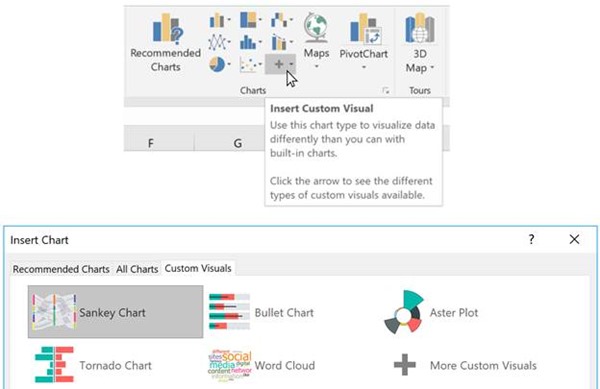 Developers around the world are able to extend Power BI through visuals using the Power BI developer tools, the Power BI Visuals repo and standard Open Source technologies, like JavaScript and D3. This highlights Power BI’s commitment to user driven innovation and listening to feedback from our users and community.

Amir Netz, Technical Fellow and Chief Architect of Power BI, said in 2015, “I believe this one new capability [custom visuals] trumps all of the features released … Why? Because with custom visuals we are simply blowing past every limit of what is possible in data visualization and business intelligence.” As of today, more than 150 visuals are available in AppSource. 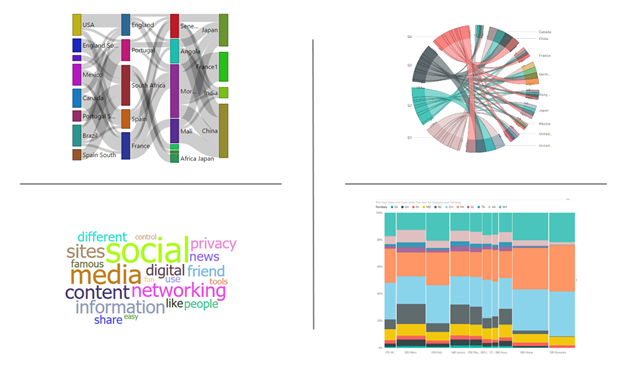 Here are some of the benefits that custom visuals will bring to Excel users and developers: 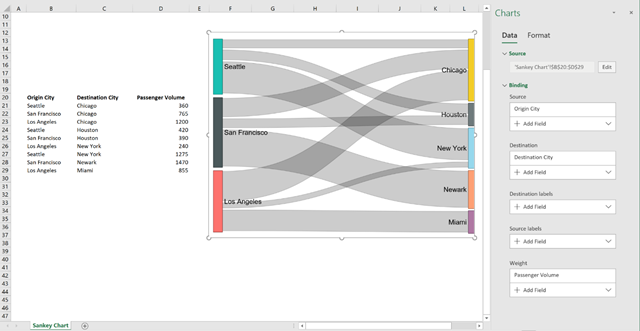 Finally, this announcement reinforces the benefits that Excel and Power BI users get from using both tools together in the context of Office 365.